Paving the Way for Interoperable Communication 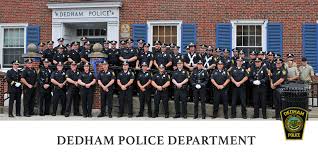 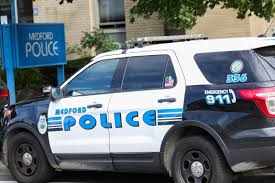 The Greater Boston Police Council (GBPC) can trace its start back to the late 60s. An informal group of Police Chiefs from some Metro Boston communities had a series of meetings about what we now refer to as mutual aid. Their concerns at the time were manpower, training, funding, and sharing of assets.

The core of the group were Chiefs Bergan of Chelsea, Regan of Cambridge, O’Brien of Somerville, Purcell of Newton, Commissioner McNamara of Boston, and some other chiefs from neighboring cities and towns. At that time, there was no formal structure, meeting schedule, or any financial obligation on the part of the agencies; it was merely a group of chiefs who would meet now and then to discuss timely topics.

The period 1968–1972 was a period of great civil unrest nationwide, the focus being namely America’s involvement in Vietnam. Given the large number of colleges and universities in the area, Boston was a hotbed of dissent. In late ’69, there were some very loud protests in the Boston/Cambridge area, some of which produced violence and destruction.

To properly police these disturbances, Boston and/or Cambridge had to request help from other Eastern Massachusetts police agencies. Although many communities sent aid, the large complicating factor was the lack of communication between departments.

Back in this time period, police agencies generally had one frequency by which to communicate with their officers. Some smaller agencies would even share one frequency. However, when many agencies responded to a designated community needing assistance, there was no effective means of communication for command and control.

The sole means of radio communication at the time was the inter-city frequency that could communicate from one department's base station to another department’s base. Thereby, if an officer in, say, an area of Somerville wanted to communicate with a contingent of officers from Medford, the Somerville commander would contact their dispatch center, the dispatch center would then call via the inter-city to Medford dispatch, who, in turn, would contact their officers, would may have already been in Somerville.

This was state-of-the-art at the time, but a very ineffective means of communication; furthermore, where there was only one frequency, it was very often a case where more than one agency would try to broadcast at the same time another would be trying to transmit. Often, a dispatch center receiving a request from the field would revert to calling the neighboring department on the telephone.

Realizing that law enforcement was starting into a new era where more and more mutual aid would come into play, this informal group looked at communications or the lack thereof as their number one priority. In 1971, this core group brainstormed and, looking at the state of land mobile radio, quickly realized that there were just insufficient frequencies in the high band allocation to solve their issues.

They, therefore, petitioned the FCC for a block of frequencies in the ultra-high bands (UHF T Band) so that like-minded Metro Boston agencies could migrate into the planned public safety radio network.

At the same time, the group formalized and registered as a 501 C (3) non-profit corporation, dues were to be assessed on a per capita basis, and as the radio system build-out was started, each department was also assessed an annual amount for remote lines (telephone lines to carry the radio signal from a base station to a transmission tower). The GBPC, now legally incorporated and directed by an Executive Board of Police Chiefs, decided to refer to the new radio collaborative as the Boston Area Police Emergency Radio Network (BAPERN). 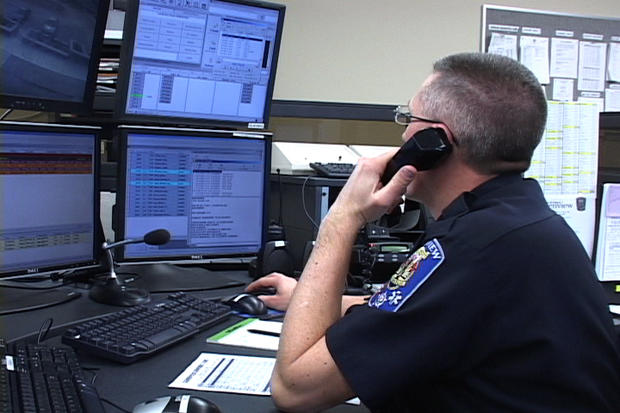 After a two- to three-year period of planning, design, and funding, the network started to come online on a department-by-department basis around mid- to late 1974. The initial group of departments numbered around forty and encompassed, in addition to the legacy departments mentioned above, agencies such as Quincy, Milton, Dedham, Waltham, Medford, Revere, and others. The network was comprised of five frequencies, two area-wide (would cover all agencies) and three districts (covering smaller footprints for more localized needs.

Over time, the network continued to grow, adding departments and splitting frequencies when the distance between agencies made such splitting or sharing possible.

From this start back in ’74–’75, the network has grown to a 2019 membership of some 181 law enforcement agencies from Amesbury and Salisbury on the New Hampshire border, west to Townsend and Groton, southerly following just inside RT. 495 to include Framingham, Ashland, and continuing south into Plymouth County including Brockton, Plymouth, and Mattapoisett by the canal.

Within the next two years, our expansion into Bristol County will be complete with Seekonk, Fall River, and other agencies. Also included as full members are a host of Federal agencies such as the FBI, USPS, and VA Hospital Police, major medical institutions such as MGH, BID, and others along with Harvard, MIT, and BC, to name a few campus police departments.

The system has also grown from the initial five frequencies to a present-day sixteen including six tactical frequencies capable of inscription.

One of the lessons learned after 9/11 was the need for law enforcement communication networks that were capable of serving multiple departments engaged in multi-agency incident response. The term interoperable communications was born and, as the Department of Justice researched the various models, BAPERN stood out as having solved that problem many years ago.

Today, as stated, BAPERN serves over one hundred eighty agencies on a network covering virtually all of Eastern Massachusetts, providing police services to some three million people. It is still run as a self-supporting non-profit, charging member agencies annual dues and remote line fees that are used to fund the day-to-day operations of the Council as well as the maintenance and constant upgrading of the radio network.